Leveling the playing field for the 2023 Dimension Data Pro-Am 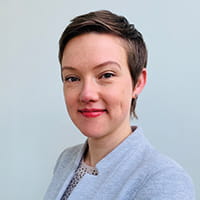 Once a year, corporate South Africa gathers to tee off alongside some of the best professional local and European golfers.

The four-day Dimension Data Pro-Am golf tournament – cosanctioned by the Sunshine Tour and the European Challenge Tour – is played on the Montagu, Outeniqua and The Links golf courses at Fancourt in the Western Cape.

From 8 to 12 February this year, we're once again inviting 196 captains of industry from Africa, the Middle East, Europe and the US to compete in the tournament. Forty of these amateur players will be women playing in the Dimension Data Ladies' Pro-Am.

Raising the profile of the women's tournament

In a historic event on 24 July 2022, 144 female cyclists set out from Paris to compete in the very first Tour de France Femme avec Zwift. The launch of this race will significantly affect diversity in cycling and go a long way in encouraging more women to get involved with the sport. As the official technology partner of the race, we're very proud of being at the forefront of enabling digital equality for women's sport.

This year, for the first time, both the men's and women's tournaments will be played at the same venue, with the women in action on the Montagu and Outeniqua courses. In partnership with SuperSport, the women's event will also be televised – another first.

And, because of our commitment to creating a more equal playing field in sport, we're making a significant investment in the professional prize fund for the Ladies' Pro-Am, in partnership with Standard Bank, raising it to ZAR 2.5 million – up from ZAR 600,000 for the same field size.

Apart from the action on the greens, the Pro-Am allows us to showcase the role technology plays in delivering an exceptional experience to sports fans, wherever they are.

With our partners, we use technology to drive innovative sustainable practices at some of the planet's greatest sport events. Attendees at the 2023 Pro-Am will also get a backstage pass to our solution showcase for INDYCAR, the Tour de France and Tour de France Femmes, Major League Baseball and The Open.

New technology in the mountains of France

Beyond the Pro-Am, we have, for example, partnered with Amaury Sport Organisation for eight years to revolutionize the fan experience at the Tour de France, and in 2022 we welcomed the addition of the Tour de France Femmes avec Zwift, the first women's Tour de France in more than 30 years. It is a boost for diversity in cycling as it will encourage more women to get involved in the sport.

We used our technology to lift the profile of the women's race and bring the fans closer to the action by allowing them to immerse themselves in the event from the comfort of their homes.

The digitalization of people, places and machines (bicycles, in this case) has created new ways for us to experience events in a way that minimizes the need for travel while maintaining the environmental integrity of sports venues – particularly in the French mountains and other sensitive natural areas – and limiting an event's carbon footprint.

Make a birdie, save a rhino

We're not focused only on technology; our communities also matter to us. Dimension Data Pro-Am attendees will learn how we're creating opportunities for meaningful and sustainable change in these communities.

They can also get involved by donating money for every birdie they make, to support Birdies 4 Rhinos, an initiative set up by South African professional golfers Justin Walters and Dean Burmester to raise funds for the protection of rhinos from poachers.

At the Dimension Data Pro-Am, we encourage both the men's and ladies' teams to participate in this worthy initiative.